The free virtual roundtable covering the intersection of food and health through presentations and conversations with leaders across the culinary world, hospital foodservice, advocacy, government, research, social sciences and education. 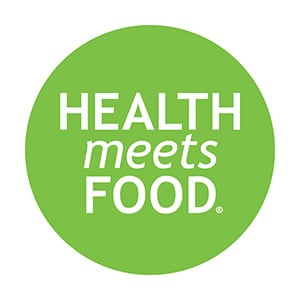 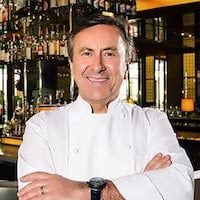 Originally from Lyon, Chef Daniel Boulud is widely celebrated as one of America’s leading culinary authorities. Since arriving in New York City in 1982, he has continually evolved his cuisine and expanded his reach to properties across the U.S., as well as Toronto, Montreal, Dubai, Singapore, and The Bahamas.

His culinary empire has brought him many accolades, yet his inspiration remains grounded in the rhythm of the seasons. From his flagship, DANIEL, to his properties across the globe, Boulud’s signature remains the contemporary appeal he brings to soulful dishes rooted in the French tradition.

In November 2021 Chef Boulud was named “Best Restaurateur in the World” by the Les Grandes Tables du Monde. 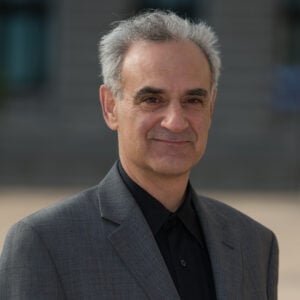 Gary Cohen has been a pioneer in the environmental health movement for more than 35 years. He has helped build coalitions and networks globally to address health impacts related to climate change and toxic chemical exposure. Cohen is co-founder and president of Health Care Without Harm, created in 1996 to help transform the health care sector to be environmentally sustainable and support the health and climate resilience of the communities they serve. Since its inception, the nonprofit has grown to lead and partner in groundbreaking initiatives in more than 72 countries.

Cohen was awarded the Champion of Change Award for Climate Change and Public Health by the White House in 2013. In 2015, Cohen received a MacArthur Fellowship and a “Genius Grant” from the MacArthur Foundation. For more about Cohen and his work, view the MacArthur Award video. 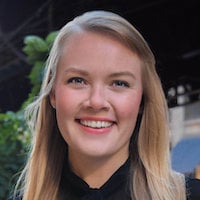 Marie Molde, RD, MBA (@datassential) is a trend analyst at Datassential. With a strong background in food and business, holding a combined MBA/RD from Dominican University, Marie brings Datassential a unique culinary perspective and health-driven point of view. Restaurant chains and suppliers have relied on Marie’s expertise in menu and product development, and for years she has helped foodservice and retail companies excel in better-for-you innovation.

Marie has appeared on national TV programs on CBS and NBC for stories on the growth of plant-based eating, and is quoted by major media companies including BuzzFeed, The Washington Post and The New York Times. (Seattle, WA) 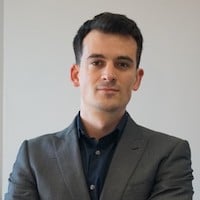 Dr. Reynolds is a Behavioural Scientist currently working as a Lecturer in Psychology at the Aston University. His research focuses on behaviour change, public health, and goal attainment.

He previously worked for 5 years in the Behaviour and Health Research Unit (BHRU) at the University of Cambridge where he led several major projects to evaluate population-level interventions to change behaviour and improve health. 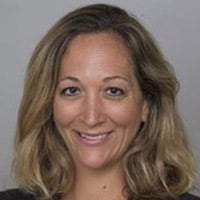 As Executive Director of New York City’s Mayor’s Office of Food Policy (MOFP), Kate advises the Mayor on all issues related to food policy and the City’s food system.

She leads the City’s Good Food Purchasing commitments, focused on increasing access to healthy, sustainable foods for the over 238 million meals and snacks served daily by City agencies, from public schools to senior centers. Through this work, City agencies recognize Meatless Mondays and have reduced the amount of processed meat they serve. 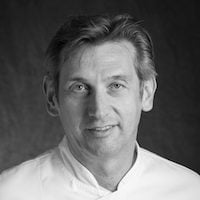 Prior to his current pursuits in contemplative science, Dr. A earned a Master’s of Science Degree in Human Nutrition and worked as a classically trained chef. Dr. A’s passions, in essence, focus on intentionally tending to the mind, brain, and gut trifecta. Separate as they seem, their origins are the same. They thus do profoundly influence each other, and that may benefit optimum health and wellness. Consequently, on wernerabsenger.com, Dr. A aims to curate research and educate readers about mindfulness and contemplative practice sprinkled with culinary medicine, naturally focusing on the gut-brain-axis. 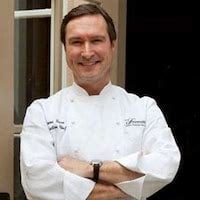 Chef Tison has recently been awarded the prestigious Michelin star. Of the thousands of restaurants studied by Michelin’s judges, only an elite few receive the coveted Michelin stars. A 15- year veteran and the youngest appointed Executive Chef of the legendary Plaza, Tison’s nouvelle cuisine has earned extensive critical acclaim.  During his tenure in New York, he captured a number of awards including FOOD ARTS “Silver Spoon”, a gold medal at the NY International Food Show Exposition and first prize at the NYC Hotel & Motel Culinary Olympics.

Tison took on the role of AVP of system food services and corporate chef within the office of patient & customer experience for Northwell after serving as executive chef of the Fairmont Sonoma Mission Inn and Spa in California. There he led the team in receiving the celebrated Michelin star recognition for three consecutive years. Prior to that, he was executive chef of the Plaza Hotel in New York City for 14 years. 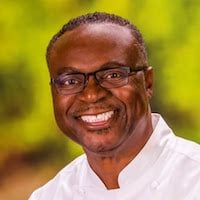 Chef Cary Neff is devoted to cuisine that is both satisfying and healthful. Chef Neff revolutionized healthy cooking with the introduction of Conscious Cuisine®. A quest to utilize food as medicine to demonstrate wellness thru conscious efforts to select, prepare and enjoy nutrient dense foods that excite the senses with satisfying flavors and immune boosting goodness. Chef Neff is a fierce advocate in combating food insecurity, engagement with local and national food banks by creating delicious recipes of most readily available plant-based ingredients. Re-inventing America’s dinner plate by using properly portioned animal proteins as a tasty compliment to provide unparalleled flavor and balanced nutrition.  His New York Timesbest-selling cookbook, Conscious Cuisine, reflects this “savoring the moment” philosophy with recipes that are delicious, elegant, and easy to prepare.

As an independent culinary consultant and president of Culinary Innovations and Neff Group consultant services as well as Conscious Food Solutions, Chef Neff heads a think tank of talented food scientists, dietitians, chefs and physicians dedicated to re-invent food industries servicing healthcare, education, senior care, and hospitality food service. Demonstrating how to purchase foods, consciously, how to develop menus and recipes, mindfully, by focusing on the power of food to deliciously satisfy, nourish.