Timothy S. Harlan practices internal medicine at the George Washington University and the is driving force behind the Health meets Food Culinary Medicine Curriculum. His love of food began as a teenager working in the restaurant business. Starting as a dishwasher, he worked his way up to managing his first restaurant by the age of eighteen and owning his first restaurant at twenty-two. After operating Le Petit Café as a chef/owner, he closed the restaurant to return to school. Dr. Harlan originally intended to pursue a degree in hotel and restaurant management, but events led him toward medicine and the decision to become a physician.

After finishing an undergraduate degree in Anthropology, Dr. Harlan went on to study medicine at Emory University. Working as a caterer throughout school, he continued to be involved with food and cooking but noticed a lack of knowledge in the medical field around food, eating healthy, and eating well. Neither patients nor health care providers understood much about a healthy diet. Patients, it seemed, were usually told not what they could eat but rather, what they could not eat.

In medical school, Dr. Harlan wrote It’s Heartly Fare, a food manual for patients with cardiovascular disease. Since then he has published numerous books focusing on translating evidence based diet and nutrition information for the lay public. He is publisher of the popular website DrGourmet.com where information from the Mediterranean diet literature is translated in a practical way for the American kitchen.

He is currently an Associate Professor of Medicine at George Washington University and the Director of the George Washington University Culinary Medicine Program. Until 2019 he served as the Associate Dean for Clinical Services at Tulane University School of Medicine and is still the Executive Director of the Goldring Center for Culinary Medicine, the first of its kind teaching kitchen operated by a medical school. The center offers an innovative program teaching medical students about diet and lifestyle that bridges the gap between the basic sciences, clinical medicine, the community, and culinary education. Medical students work side-by-side in the kitchen with culinary students to teach each other, and most importantly, teach the community and patients how to return to their kitchens and transform their health. 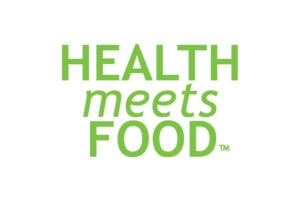 The Culinary Medicine Specialist Board is a 501(c)(3) non-profit corporation.

The mission of the Board is to provide medical professionals, food service professionals, students, patients, and community members with hands-on culinary training and lifestyle lessons using an evidence-based approach that aligns with current medical literature.

All proceeds from continuing education programming and conferences is used directly to fund the operations of the non-profit.